To celebrate the upcoming release of Prey, we’ve partnered up with Bethesda to present a special series of films that serve as inspirations for the highly-anticipated sci-fi action game. Join us through the month of April and get immersed in the world of Prey as we countdown to the worldwide release on May 5th!

THE INSPIRATIONS OF PREY – FILM FEST

The Inspirations of Prey – A Sci-Fi Film Fest Presented by Bethesda and GameStop is coming to a theater near you with screenings of MOON, Starship Troopers, Total Recall and The Matrix throughout April! Check below dates, locations and tickets.

Plus, alongside the film screenings in Austin, San Francisco, New York and Los Angeles, sci-fi fans are invited to join Bethesda for special fan events where you will have the chance to play Prey before its release!

To RSVP for these fan events, visit iam8bit.com/prey

When you awaken aboard the Talos I space station, you that find you are the key subject of an experiment meant to alter humanity forever – but things have gone terribly wrong. Talos I has been overrun by an alien force, and you must fend off the alien infestation armed with badass weapons and powers in order to stop the threat from destroying humanity. In Prey, you’re mankind’s last – and only – hope.

Set to launch worldwide on Friday, May 5, 2017 on Xbox One, PlayStation 4 and PC, Prey is the highly anticipated first-person sci-fi action game from Arkane Studios - creators of the award-winning Dishonored series which includes the critically acclaimed Dishonored and Dishonored 2.

Prey has been rated M for mature by the ESRB. For more information about the game please visit prey.bethesda.net. 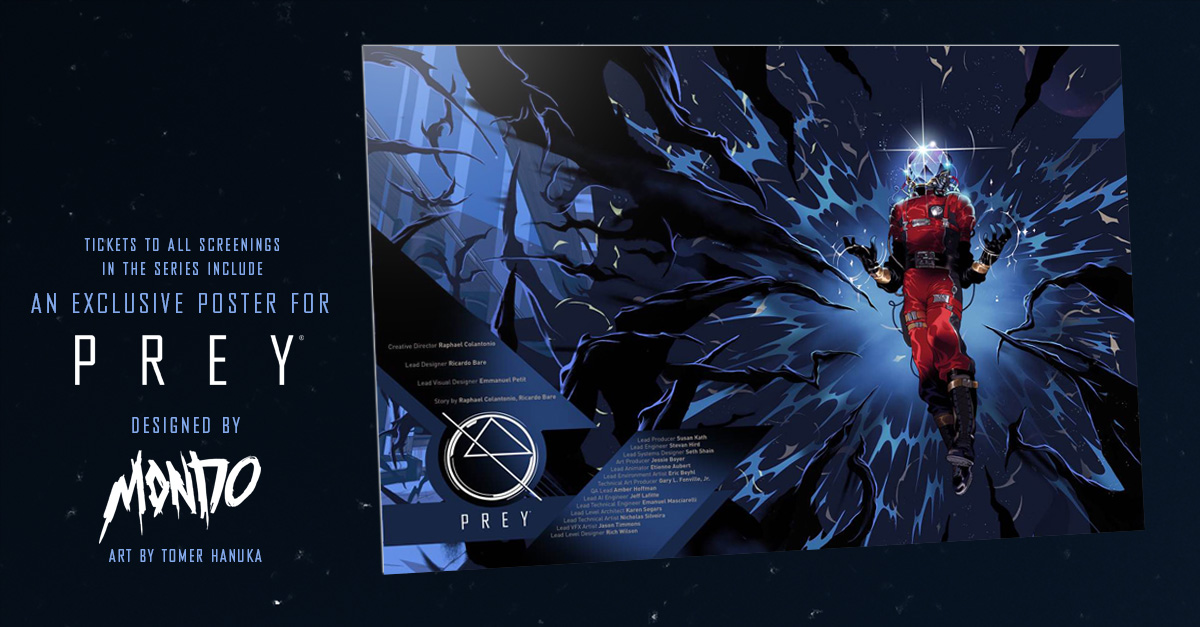